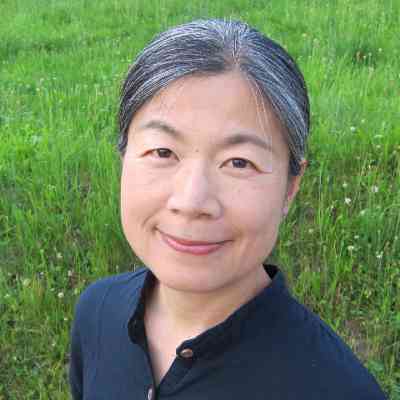 I am Japanese, and was born and grew up in Kyoto, Japan. My family was not particularly religious, but as is natural in Japan, especially in Kyoto, I grew up in the culture of Buddhism and Shintoism.

I graduated from Shiga University of Medical Science. After training as a psychiatrist at the psychiatric department of Osaka University Hospital, I worked at several psychiatric hospitals in Osaka and Kyoto.

I moved to Switzerland in 1999 to study at the C.G. Jung Institute Zürich, from which I received my Diploma as a Jungian Analyst in 2005. I returned to Japan to work again as a psychiatrist, and also established my private practice as a Jungian Analyst. However, two years later life brought me back to Switzerland, where I am now settled. I have been in private practice here since 2007, and am also a Supervising Analyst and Director of Studies at ISAPZURICH (the International School of Analytical Psychology Zürich), where I teach regularly.

My practice rooms are conveniently located in Bern and Zürich city centres close to their respective main railway stations. I work with people of all ages and nationalities in English or Japanese.

The Japanese Jungian analyst, Hayao Kawai, said that a couple is like two posts in a stream, which hold a net together to catch fish. To set a net between two nearby posts is easy, but such a net can catch only a few fish.

In contrast, setting a net between two posts which stand far apart is hard, but once the net is set, a lot of fish can be caught. International marriages and relationships are often challenging, but they offer great potential to both partners for their personal growth.

Encounter with any foreign culture is both fascinating and threatening. The degree of affinity depends on the chemistry between the individual and the culture, which is often a mystery.

Like any crisis, meeting otherness offers an opportunity to expand awareness. The important thing is not to hurry, but to take time and settle into a new country and culture at one’s own pace.

Difficulties in relationships or clumsiness in some area of daily activities, such as poor concentration, or inability to set priorities, make order, clean the home, or organise things and appointments – all these could arise from many different conditions. Sometimes a very subtle cognitive condition might be acting in the background.

In such cases, the root of the difficulties is not psychological or the individual’s fault. Sometimes I see these traits in people who come to consultations. At others it seems that the people who come to me suffer because their partner or other family members have this trait. Either way, making a diagnosis is not the goal, for in such cases the troubling situation should be looked at in a very different way.